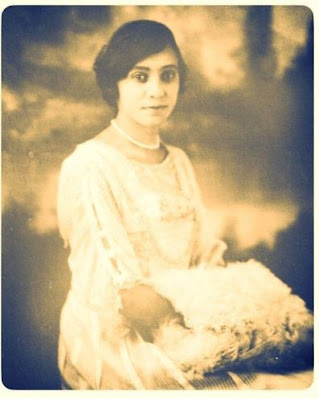 Florence B. Price (1887-1953)
(Courtesy photo)
The Eagle-Tribune
North Andover, Massachusetts
By Terry Date
Apr 29, 2019
The true story has all the makings of a gripping tale.
An abandoned summer home in the woods. A trove of music discovered amid the debris. And, looming behind the mystery, a heroine — African American composer Florence Price.
And now, with her music getting renewed attention — long after her death in 1953 — it signals a measure of redemption.
Hear her story on Wednesday, May 1, told by the Andover Choral Society’s David Fitch, three days before the group’s spring concert celebrating Price’s music.
In his talk at Christ Church in Andover, Fitch will tell how Price was under-appreciated in life, and largely forgotten in death.
All who attend the talk are invited to stay and hear the choral members rehearse for their upcoming spring concert, featuring the choral composition “Abraham Lincoln Walks at Midnight,” to be performed three days later at North Andover High School Auditorium.
Price sets her “Lincoln Walks” choral composition to a Vachel Lindsay poem. Written in 1914, the year World War I started, the poem imagines a troubled and pacing Lincoln lamenting bloodshed and war.
The Price composition was found among the manuscripts in her abandoned house south of Chicago.
The Andover Choral Society will sing from a new arrangement for piano by the group’s conductor, Michael Driscoll.
Price was born in 1887, grew up in Arkansas, and received classical training and dual degrees at the New England Conservatory in Boston. She returned to Arkansas, but after lynchings and other racial violence escalated in the 1920s, she and her husband moved to Chicago.